Candidates Weigh in on Major East Side Issues

... Upper East Siders ... Ben Kallos ... are running for a seat on the City Council. We interviewed each of them about five issues that Upper East Side residents find most pressing.

How would you make sure that the Marine Transfer Station was not built?

Ben Kallos: I try to have a wider scope. This issue has been going on for seven years and nothing’s happened. New York is 15 percent recycling, and San Francisco is over 75 percent recycling. My question is why is New York City following an obsolete waste management plan. We should be educating people about recycling and not putting 50 percent of our waste into the ground. We need to make sure the vehicles we are using for waste transportation aren’t emitting fumes. This is a local issue, but we need to broaden our scope. We’re in this together as a city.

As we’ve reported, though, the proposed text looks a bit different than the version that cleared the committee earlier this year — for example, it cut two paragraphs that promoted open-source software. That’s not exactly music to the ears of open government advocates — one, for example, told us that a government pivot to open source would be a cost-saver and potential job creator.

Roosevelt Island Pulls Through Day in the Dark

Joseph Strong, a representative from City Council candidate Ben Kallos’ office said that his team started giving out water to residents as soon as they heard about the power outage.

By funding public college education for all – regardless of immigration status – the City will build a better workforce, earn more in taxes and become stronger.

Ben Kallos is a Democrat running for City Council on the Upper East Side of Manhattan and Roosevelt Island. Kallos, who previously served as director of policy and communication for former Public Advocate Mark Green's 2009 campaign, heads up Kallos Consulting, which has the tagline "Where Technology, Politics and Law Come Together."

He was also a cofounder of the Open Government Foundation, a New York-based non-profit started in 2009. On his website, Kallos says that the platform was the first "to post attendance, legislation and voting records going back to 1995 along with an application that showed how often your New York City or State legislator voted with the majority." He notes that the New York State Senate and the New York City Council launched similar portals with that information shortly thereafter. The information on the OGF's website has not been updated since 2009. Kallos Consulting also focused on web development for organizations including the Democratic National Committee’s Law School Democrats, the New York State Democratic Party, and New York City Government’s Community Board 8 in Manhattan, according to his website. Kallos said his website was developed with Drupal.

According to Politicker, Kallos sees the imitation as flattery. “The fact that our campaign’s open platform focused on solutions and progressive internship program have become a model demonstrates that we are not only leading by example, but changing the dialogue,” he told the news site.

The internships section of the Pedro Alvarez website was identical to the section on the Ben Kallos website.

Ben Kallos, a candidate for City Council on the Upper East Side, was apparently offering campaign internships in the south Bronx.

Mr. Kallos, for his part, seemed unperturbed about another campaign copying his website. Rather than address the identical website sections when reached for comment, he touted the strength of his own campaign.

“The fact that our campaign’s open platform focused on solutions and progressive internship program have become a model demonstrates that we are not only leading by example, but changing the dialog,” Mr. Kallos stated.

The State Assemblymember whose district includes Roosevelt Island (and a candidate for Lappin’s City Council seat when she leaves to run for Borough President this year), previously declined to answer or even acknowledge a request from The WIRE for a statement. He was not at the hearing.  His competition for the Council seat, Ben Kallos, sent a representative to read his statement in opposition to the project and in support of community concerns.

“Cornell NYC Tech can’t claim to be sustainable unless it supports the local infrastructure on which it relies,” Kallos’ campaign asserts.  It goes on to quote a statement by City Planning Commissioner Michelle de la Uz in her no vote for the project: “I am not happy with their exemption from paying for services.”

Kallos: "No Contract for New MTA Chair Without Contracts for All Employees"

The Metropolitan Transportation Authority (MTA) has been proven to be hypocritical in its unequal treatment of senior management versus regular employees, according to compensation documents obtained by Ben Kallos, a City Council Candidate for the Upper East Side and Roosevelt Island.

“No contract for workers – no contract for the Chair!” exclaimed Kallos. “The MTA’s rewarding of executives while punishing workers is hypocrisy, especially when using tax dollars.” 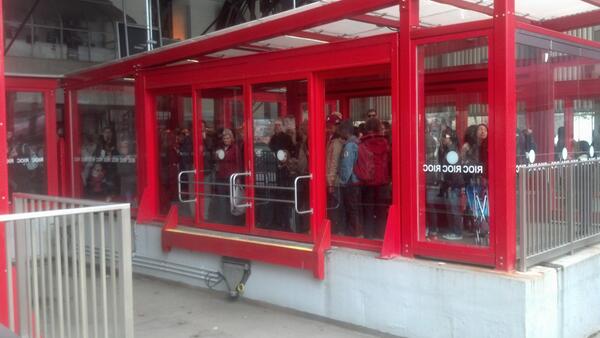 Last week’s events call attention to the importance that each one of the fifty-one members of the city’s only legislature have in determining how we as a city spend $77.7 billion dollars, comprising the fourth largest budget in the country after the federal, California, and New York State budgets.

Ben Kallos’s team stepped up to the plate that day when some volunteers didn’t show up, and did the registration for us.

NY City Council candidate Ben Kallos was on hand to greetand meet with Roosevelt Island residents while some from his staff volunteered for the Easter Egg Hunt.

"Made in NY" - MakeOut Labs and a push for Technology Support

Mayor Bloomberg has been a fantastic partner for the tech community. I’d like to see this trickle down to the more local politics – for example, I’m hoping Ben Kallos (and any other technologist candidates – he’s the only one I’m aware of) – will win the upcoming city council election. It makes such a difference to have city officials working closely with the technologists and tech activists here in NYC.