Race for Campaign Cash Heats Up

Kallos raised a total of $28,453 in the last six months, bringing his campaign chest to $33,456, he said. “Our campaign is very excited about the 348 contributions that demonstrate more community support than we ever expected, and we hope to continue that trend, expanding the number of small contributions from residents all over the district and the city,” Kallos said, noting that his average contribution was $95.42 and that 22 percent of the contributions were $10, a threshold many candidates point to in showing their grassroots support. 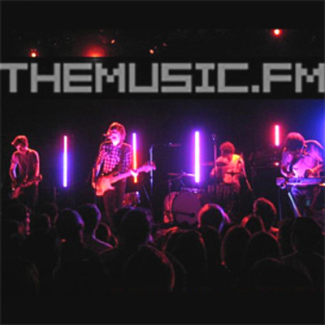 A friend of TheMusic.FM is running for City Council and one of his many on-point positions is the need to reform New York’s ridiculous cabaret laws which make dancing illegal in most establishments.

At Upper East Side City Council candidate Benjamin Kallos’ unique redistricting-themed fundraiser last night, Mark Favors, the lead plaintiff in the redistricting lawsuit that led to court-drawn congressional lines in New York, was the guest of honor and had some interesting thoughts on the redistricting situation, especially from his perspective as an African-American resident of Harlem.

This all seems as obvious a lifestyle to Kallos as his decision to run for Jessica Lappin’s seat in the City Council in 2013. He’s positioning himself as a young voice, a progressive choice, someone who has worked tirelessly, frenetically even, on so many civic issues it makes the résumés of some sitting council members seem paltry by comparison.

Tapped In: Notes From the Neighborhood

* Cynical pols deliver conventional wisdom that voters don’t care about redistricting, but don’t tell that to New York City Council candidate Benjamin Kallos. The East Side aspirant for Councilwoman Jessica Lappin’s seat is holding a fundraiser next month featuring Mark Favors, lead plaintiff in the Favors v. Cuomo lawsuit challenging the state’s method of drawing new lines. It’s a natural issue for Kallos, executive director ofBill Samuels’ New Roosevelt Initiative, though he acknowledged it’s an unusual draw for an event with a top ticket price of $1,000. Kallos said he’s trying to run “a substantive campaign about the issues that not only affect the district but the city as a whole.”

I’m not sure that I’ve ever seen a campaign fundraiser themed quite like this before, but New York City Council candidate Ben Kallos is holding a fundraiser (donation for co-chairs, $1,000) centered around a discussion of the redistricting lawsuit Cuomo v. Favors.

Speaking before a crowd in the back of the Off The Rails bar, Mr. Kallos particularly demonstrated some passion for government transparency in his speech. In addition to touting his efforts to get New York voting records online, he cheered the Council’s recently passed Open Data Bill and presented a “Suggest Your Own Solution for a Better City” worksheet for the crowd to fill out or submit online.

Kallos, a lawyer who is now the executive director at the New Roosevelt Initiative focusing on government-transparency projects, told DNAinfo that he hopes to bring his progressive bent to the council. A self-avowed wonk, Kallos has worked on open source and other campaigns to make government more responsive.

He, for instance, would like to see the city’s text message alert system not only send missing person notices, but also send reminders for Election Day.

He envisions using the office not only for passing legislation, but also, perhaps, like Bronx state Senator Gustavo Rivera, for conducting community civics classes.

“I’ve spent all this time asking for elected officials to do all these things,” Kallos, a former Community Board 8 member, said. “At a certain point, you have to put up or shut up,” he said of his rationale to run.

More on Ben Kallos’ run for Jessica Lappin’s seat on the Council.

We’ve been hearing rumors that up-and-coming political consultant Ben Kallos was interested in running for City Council, and he just registered a campaign committee to do so ...

Ben Kallos, who works for Bill Samuels’ New Roosevelt Initiative, is running for the Upper East Side NYC Council seat currently held by Jessica Lappin in 2013.

Benjamin Kallos to Run for Upper East Side Council Seat

Benjamin Kallos, an attorney and consultant, said in an interview today that will seek the seat currently held by Democratic Councilwoman Jessica Lappin. Councilwoman Lappin is thought to be running for Manhattan Borough President, where the incumbent, Scott Stringer, is expected to run for Mayor.

Should that set of dominoes fall in place, Mr. Kallos stated he “absolutely” will campaign for the seat and has already opened a 2013 campaign committee for the endeavor.

When Ben Kallos goes to bed each night, he asks himself whether he made the world a better place than it was when he woke up. In between, he tries to meet that lofty standard.

The latest census figures show New York has 4,617,307 residents under 40 years old. Only 40 of them can fit on our annual list of Rising Stars. So what does it take to make the cut?

And it helps to have already made a mark across multiple fields. This year’s Rising Stars may have started as coffee fetchers and junior staffers and campaign aides, but they have risen to become chiefs of staff and foundation directors and key consultants.

"Under that amendment, we wouldn’t see any redistricting until 2022," Kallos said. "And that redistricting would still allow for a swing of up to 10 percent in population to occur, meaning upstate would gain extra districts compared to Long Island and the rest of the downstate area."

Kallos said it is the hope of those protesting that Martins will get on board with a redistricting law as proposed by Gov. Andrew Cuomo, which would provide for only a 2 percent population swing in any district and could be enacted right away.

In Efforts to Clean Up Albany, Reform Groups Tack in Opposite Directions

New Roosevelt is funded by momentary lieutenant governor candidate and multimillionaire CEO Bill Samuels, who has reported his funding to the independent expenditure effort as more than $259,000 in loans. Over the course of five months, they have already spent $184,000 on a slew of consultants—Red Horse Strategies, Kallos Consulting, Hudson TG, Sunshine, Sachs and Associates, and others—which a spokesman for the group said were laying the groundwork for a field operation to defeat Espada.

Samuels is running on a “five pillars of reform” platform (redistricting, member items, outside income etc. – the usual), but insists he’s not a protest candidate and is in the race to win. The one thing he won’t do, however, is fight dirty.

Samuels has hired Ben Kallos (that’s Mr. Open Legislation, to you) to do “research,” stressing that “research” does not mean “oppo,” which he finds “boring.” (Interestingly, Kallos last worked for Mark Green’s 2009 public advocate campaign, during which Green said he swore off oppo, too).

Mr. Kallos has kept himself busy, putting his knowledge of technology and geeky insights to use in local government. The result is a series of Web sites that take local political info out of dusty file cabinets and up online. One site lets people see if they’re registered to vote. Another lets users check the attendance records of state lawmakers. His latest creation: a crowd-sourced calendar for political events around New York City and the state.